A Special Edition: I’ve Got Nothing This Week—It Happens

Last week I posted a Redux edition because of an audit at work. This week my brain is so fried, I couldn’t come up with a second post after the soiree over at the Blog of Funny Names on Tuesday.

How about a few pictures from “How I spent my Summer vacation, only it was Fall not Summer and the kids were back in school”. The location: Crater Lake National Park, Oregon. Celebrating the National Park Service’s 100-year anniversary.

Park Services closed the Rim Drive to vehicle traffic to accommodate an annual bicycling event. We stopped at the Corrals to take pictures. It was 30º F (-1º C) when we snapped these photos.

Llao’s rock with a side view of the Devil’s Back Bone in the foreground.

The sun still low in the sky.

Mount Scott, seen in the distance.

The blizzard arrived on Saturday, June 18th. This photo taken moments before the white out. Four inches of snow fell in one hour. The cars skied off the mountain. 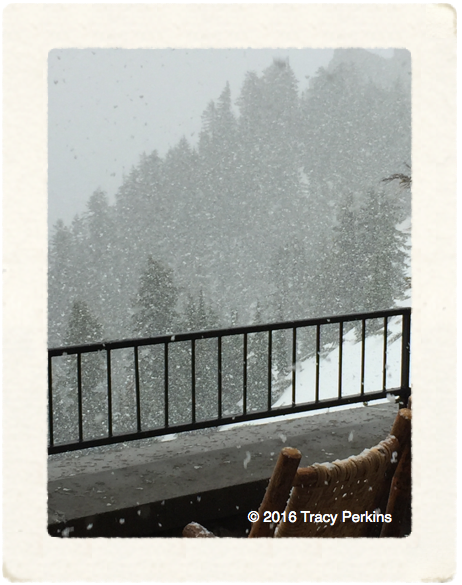 The beginning of a blizzard . . . time to skedaddle.

Writing since she could first hold a pen, Tracy Perkins formed her alter ego, "Fannie Cranium" at the suggestion of her husband. Tracy understands smiling makes people wonder what she’s been up to.
View all posts by Fannie Cranium →
This entry was posted in Uncategorized and tagged Crater Lake, travel, vacation. Bookmark the permalink.